Blogs Uncategorized Beyonce, Heidi Klum, Helen Mirren and Christina Hendricks have all dazzled diamond lovers with their jewels at past Golden Globes.

The 2012 award season revs into high gear with the 69th annual Golden Globes. The ceremony is the largest gathering of A-list film, television and music stars, and is a diamond lover’s favorite due to the one-of-a-kind jewelry on display. As we await the 2012 Golden Globes, let’s take a look back at the most memorable jewelry choices from past years. 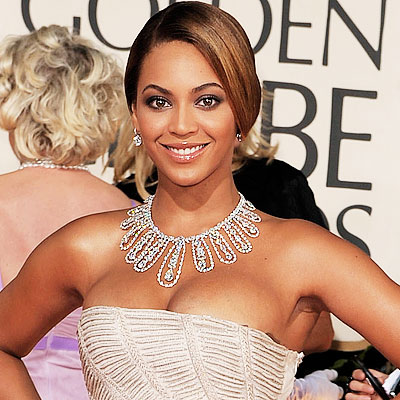 Grammy award-winning celebrity powerhouse Beyonce turned heads at the 2009 Golden Globes when she sported several understated diamond pieces. Beyonce’s choice of a diamond-studded choker was a jewelry highlight, as the intricate piece provided the perfect complement for her stunning Elie Saab gown.

Supermodel Heidi Klum set the 2007 Golden Globes on fire with a diamond and platinum choker that featured a detachable heart-shaped locket. The necklace boasted a total of 950 diamonds and had a combined carat weight of 213.74.