2013 is shaping up to be the year of the celebrity wedding. The A-list stars that are set to say “I do” just keeps getting longer.

Even though there are wedding bells abounding, not all of the celebrity couples that were engaged this year are rushing to the alter to make it official. Kate Hudson has made it crystal clear that when it comes to marrying rocker Matthew Bellamy she will determine when the time is right. There are in no rush. At this time the two are enjoying time with their fourteen month old baby and settling in to parenthood. However, that doesn’t stop her from flaunting that platinum engagement ring with the emerald cut center stone with tapered baguettes on each side. The estimated price tag is $200,000.

Brandy joins the ranks of those who have a little something extra to be joyous about this season. This season she announced her engagement to music exec Ryan Press. The two made their relationship public around New Year’s last year and have spent the majority of this year getting to know one another and working on their relationship. This will be the first marriage for the singer whose full name is actually Brandy Norwood

A member of music royalty will take that all important walk down the aisle in 2013. Music legend Janet Jackson announced her recent engagement toDohabillionaire Wissam Al Mana. The singer is reportedly so nervous about losing the 15 carat diamond ring that she keeps it locked up for safe keeping. The couple plans to marry in the spring and give each of their 500 guests a $10,000 Rolex watch as a thank you for attending. 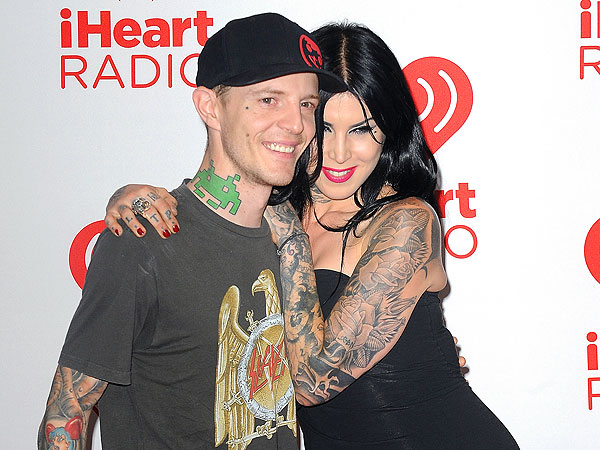 Twitter has been a hot bed of information lately as more and more people are gravitating to the social media outlet as a means for wedding announcements. In December we found out from a tweet that Hugh Hefner who has been on again, off again is back on again. Now, Kat Von D and DJ Deadmau5 have made their own engagement announcement via twitter.

Deadmau5 whose real name is Joel Zimmerman worked feverously with the jewel to held design the hand crafted ring that he wanted to present to Von D. The result was a one of a kind, stunning black diamond engagement ring.

This is the third engagement for Von D who has twice previously been engaged to Sandra Bullocks ex Jesse James.