Uncategorized Drew Barrymore’s sizable sparkler has an estimated value of $80,000

Drew Barrymore’s sizable sparkler has an estimated value of $80,000

Celebs Get Engaged With Sparkling Gems this Holiday Season 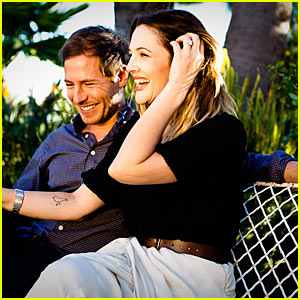 Drew Barrymore flashed a 4-carat radiant cut engagement ring after art consultant Will Kopelman proposed to her this holiday season. Barrymore’s bauble features a center stone set in a diamond covered band valued at about $80,000. Barrymore will walk down the aisle for her third marriage, confidant that the third time really is a charm.

NBA star LeBron James popped the question to his high school sweetheart Savannah Brinson on New Year’s Eve. James pulled out all the stops for her engagement ring, a pear-shaped 4-5 carat sparkler. The dazzling piece’s pear-shaped centerpiece has two tapered baguettes on each side. The all-star stunner has an estimated value of between $250K and $300K.

Some stars are keeping their engagement rings under wraps for the moment, but stay tuned for more ring news on the following couples’ happy holiday engagements: