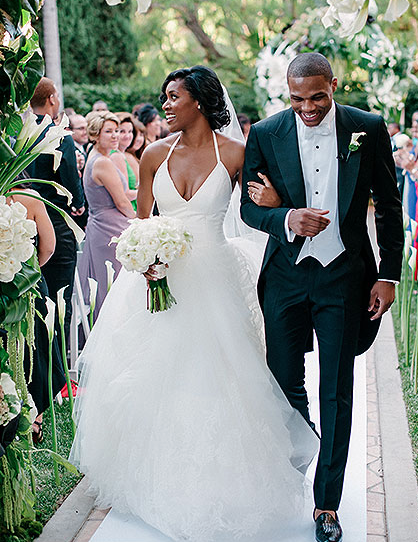 Congrats to Mr. & Mrs. Westbrook! The newlyweds Russell Westbrook and Nina Earl recently tied the knot at the Beverly Hills Hotel in California where she stunned the crowd in her Vera Wang gown. These college sweethearts had an amazing night with celebrity guests accompanying them, such as Khloe Kardashian, James Harden, Kevin Durant, and, Grammy winner, Miguel, who gave an incredible surprise performance.

Westbrook proposed to Earl with a 6-piece elongated cushion cut ring with VVS clarity that cost him a gaping $700k! You go, girl! 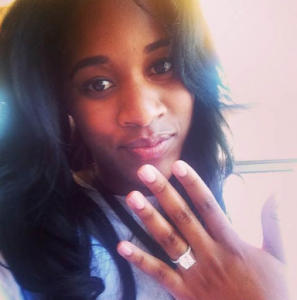 Their gorgeous wedding came just under one year after Russell and Nina confirmed their engagement in Sept. 2014. The lovebirds have had plenty of time to honeymoon prior to the NBA season.