2015 has been a year that will be memorable for music, movies, and celebrity engagement rings. Take a look at the top sparklers that made their way to a ring finger on some of our favorite celebrities! 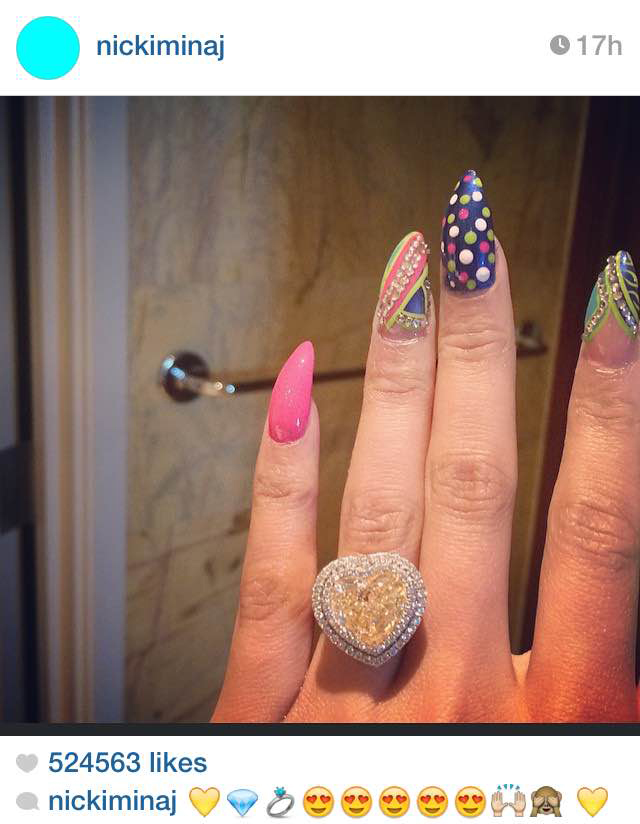 The Young Money artist, Nicki Minaj is now engaged to rapper boyfriend Meek Mill! After two months of dating, Mill proposed to Minaj with a breathtaking white diamond and yellow diamond engagement ring. The focal point of the ring is the 15 carat, heart shaped yellow diamond. This stunner was set in the middle of a double-layer diamond halo.

Boyfriend Jacob Pechenik proposed to new Girl actress Zooey Deschanel in January of 2015. A week before the proposal, Deschanel announced that she was pregnant with Pechenik’s child! Talk about an exciting month for this couple. 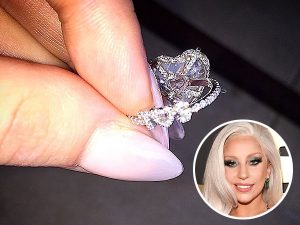 Being proposed to on Valentine’s Day was probably what inspired fiancé Taylor Kinney to propose with a heart shaped ring.  The pop star seems smitten sharing with us that she is very enthused about her newly engaged status.

Heart shaped rings are bound to become a trend with world famous celebrities like Nicki Minaj and Lady Gaga sporting them!

Best known for his role on High School Musical, Corbin Bleu stuck to his Disney roots and proposed to girlfriend Sasha Nicole in front of Cinderella’s Castle in Walt Disney World!. What better place to begin your happily ever after than the happiest place on earth?! He proposed by setting the classic styled ring in a glass slipper… Talk about romantic! 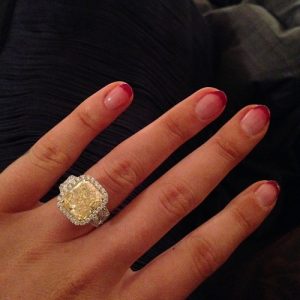 It may have been Nick Young’s 30th birthday, but girlfriend Iggy Azaela was the one who was gifted that day. Young proposed to Azaela that night with a stunning 10 carat yellow diamond ring! She later shared this picture of her and Nick Young looking like they’ve already started their happily ever after.