Custom Jewelry The Anatomy Of An Engagement Ring Pt.2:

The Anatomy Of An Engagement Ring Pt.2:

In The Anatomy Of An Engagement Ring Pt.1, we went through 5 basic basic keywords that you need to add to your glossary when you decide to go ring shopping.

Now that you have your basics pinned down and you won’t be struggling to understand the very basic questions your jeweler is asking you in order to help you pick that one of a kind heirloom-to-be, let’s get in deeper.

We will start by dissecting the top of the ring, the head, and the prongs, by taking a first look at their different variations.

Here are the top 6 setting options you need to be aware of to hold that precious stone into place:

The Four-Prong
The main idea behind the classic four prongs is that there is less metal on the diamond, letting the center stone steal the show. Moreover, it can give your gem a more “squarish” look, making it an ideal choice for princess and cushion-cut diamonds. If showcasing the scintillating capacity of your diamond is at the top of your priority list, then this is most definitely the prong for you. 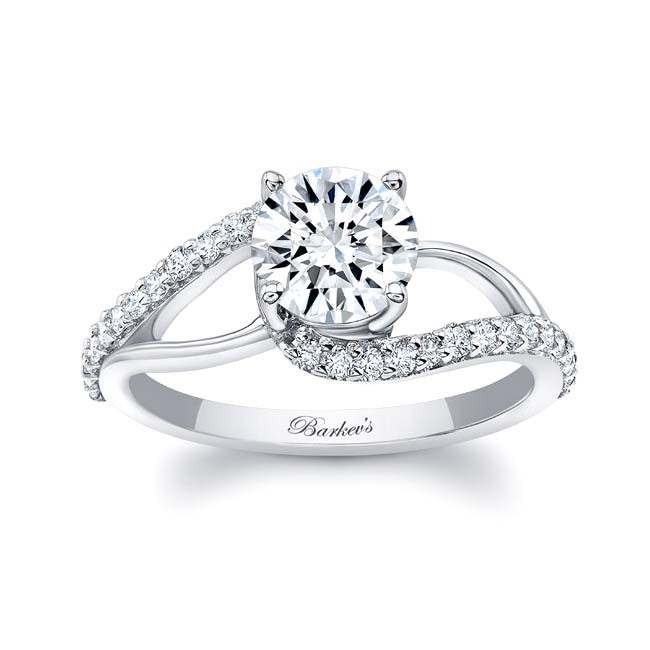 The Six-Prong
When six evenly-spaced prongs are placed on a round diamond, they form a hexagonal shape. This makes the diamond look rounder and bigger when viewed from a distance. 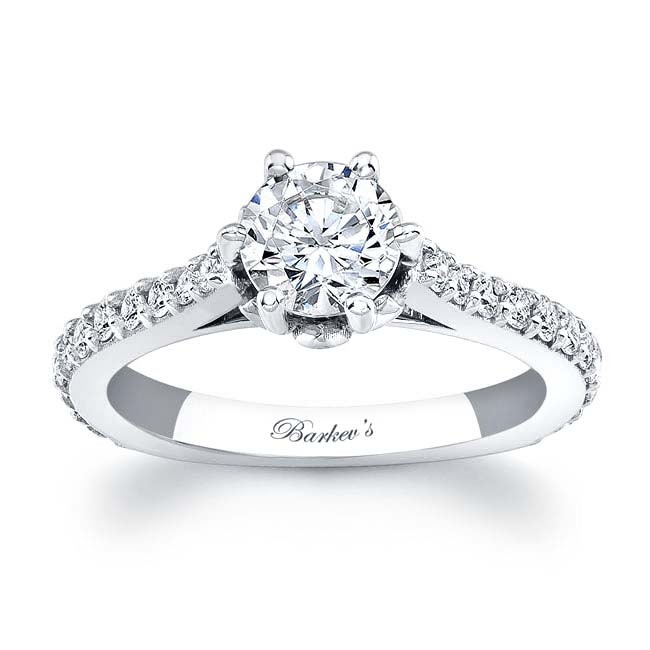 The Double-Prong
A less common variation you will encounter is the double or eight prongs. Also called a double-claw, this style was created by taking the classic four-prong ring and splitting each prong into smaller pieces that grip the stone-like claws. It has an elegant look and secure hold for more atypical diamond shapes. 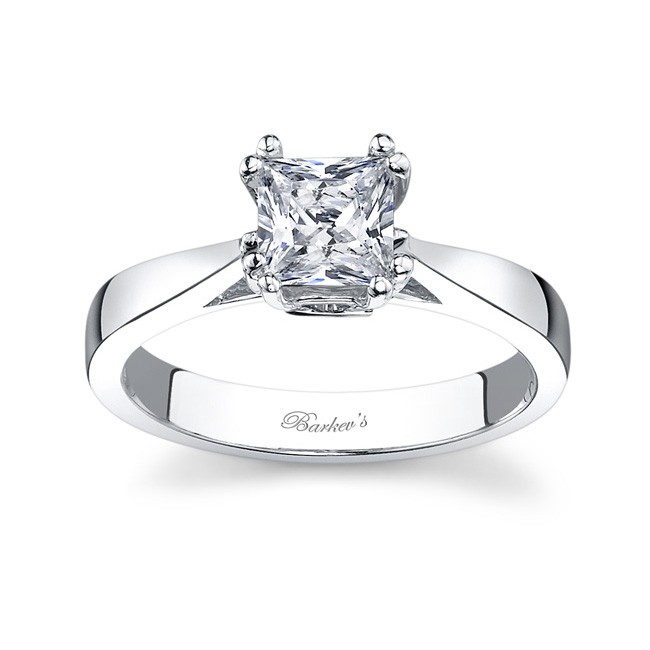 The V-Prong
Most suitable for stones that are shaped in more angular forms and have sharp edges. As their name suggests, these prongs are shaped like the letter V – they grip the center stone at its sharp ends and hold it along the edges, from top to bottom. 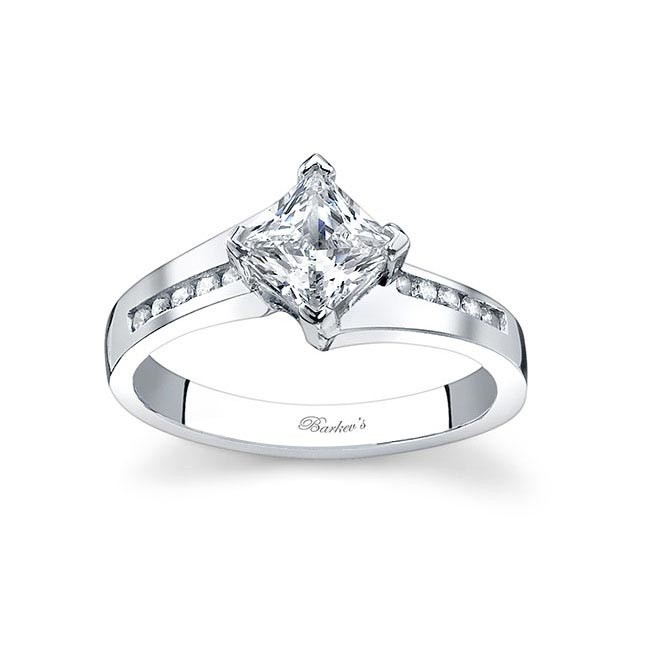 The Bezel & Half Bezel
The bezel setting operates in a fundamentally different way to the prong setting; instead of using a claw-type action to secure the stone, a bezel is actually a single ring of metal surrounding the circumference of the center stone. 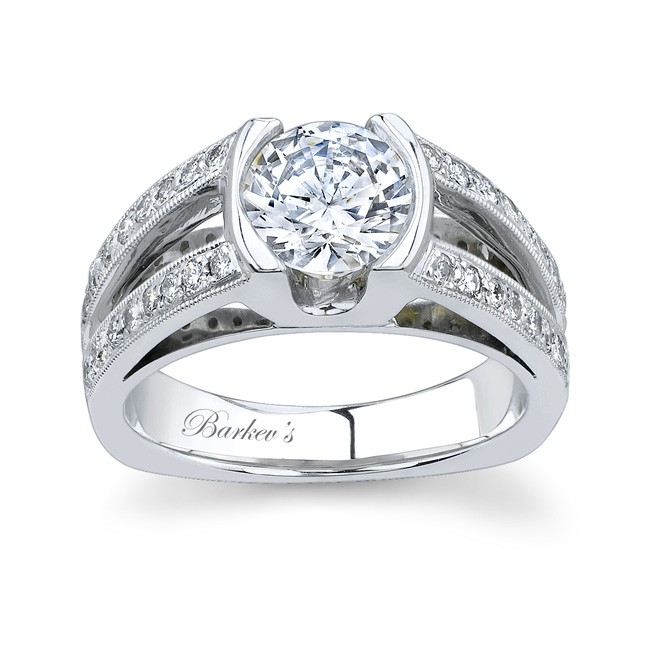 The Channel & Pavé
This type of mounting has the gemstones (typically diamonds) set in between two metal strips. The stones form a row and can run along the entire band of the ring. The difference between a Channel and Pavé setting is that in the pavé setting, beads of metal fill the triangular spaces that appear between diamonds in most channel settings. Because of the additional diamonds, this type of setting tends to draw the eye, looking much more impressive than a solid metal band. 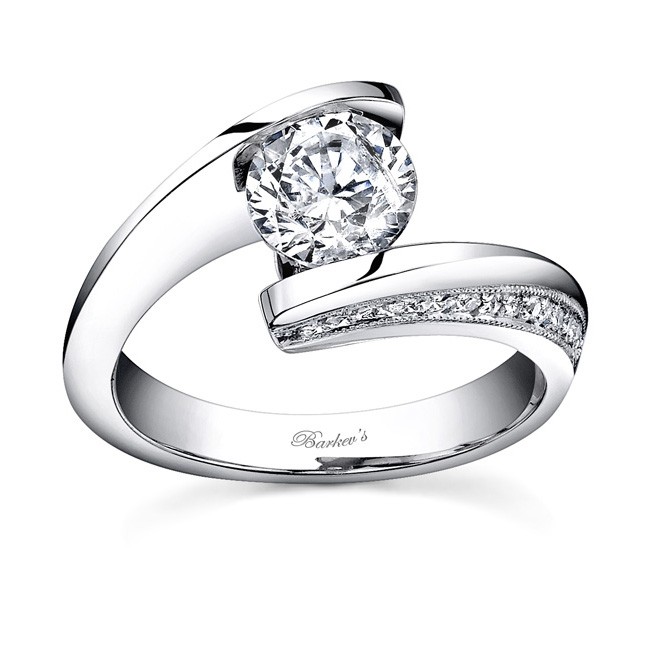